Today’s What I Ate Wednesday was more like What Did I Not Eat Wednesday.  In other words, I ate everything in sight and forgot to takes pictures.

I did, however, capture these beyond delicious and fluffy pumpkin pancakes for breakfast.  This woman knows pancakes.

Lunch was leftover coconut zucchini tempeh and a kiwi.  I was ravenous after yoga but forgot to get a plastic fork, leaving me unable to chow down during class. 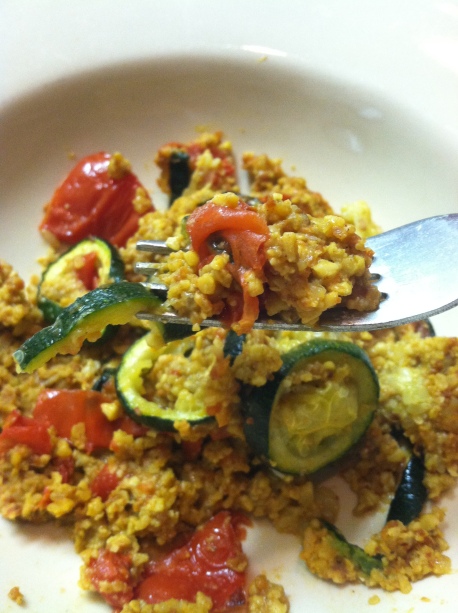 I started to eat it with my fingers but the weird looks were enough to make me hold off till work.

Whenever I babysit and watch LiaBanana eat in the following order an ice cream sandwich, a bowl of vegetable soup, arugula with hummus, and a bowl of oatmeal, I too want to join in on the six-year-old fun and eat a shmorgishborg.

That included some un-photographed pecan raisin bread, tortilla chips and salsa, an ice cream sandwich and a tiny bowl of artichoke pasta.  Some one was hungry and perhaps craving carbs.

Then I came home for din and had some un-photographed asparagus, raspberries, leftover veggie burger and whole foods bun with earth balance.  Speaking of which…

Has anyone’s fridge been graced with the presence of this MASSIVE tub of Earth Balance? If so, I am very jealous.

Then there was my Whole Foods $26 worth of groceries, mostly prepping to make these. 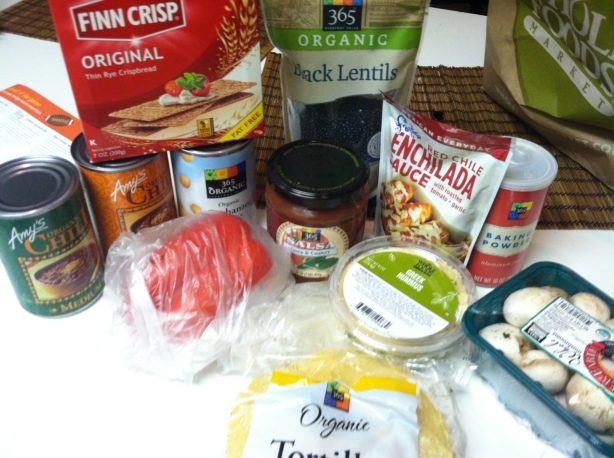 Answers to your unasked questions:

I also found this divine looking recipe in the Whole Deal. 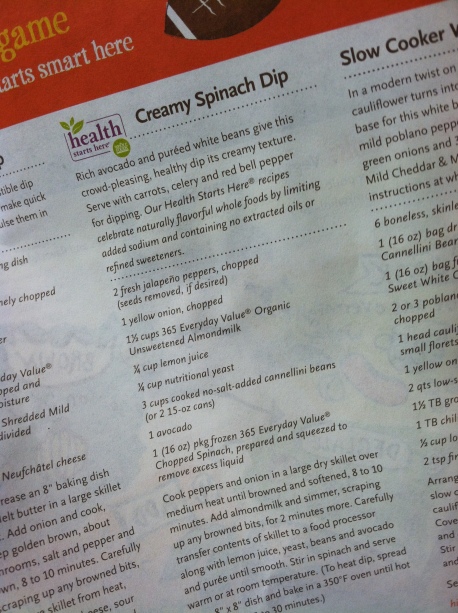 Isn’t there some big important game in a couple weeks?

A World Series that this dip would be perfect for?  Ya, that’s it.

Hi foodie friends! Welcome to Hummusapien. I'm Alexis, a 22-year-old dietetic intern and graduate student obsessed with all things food. Join me on the adventure to maximize our healthy potential and maybe eat some hummus, avocado and a bowl of toasted coconut with dark chocolate chips along the way.

I'd love to hear from you! Email me at Hummusapien@hotmail.com